The Radical Race Series is one of the better known Radical Leagues organizing Championships within the UK&I Community on iRacing. We sat down with Darrell Taylor, to get to know more about them. 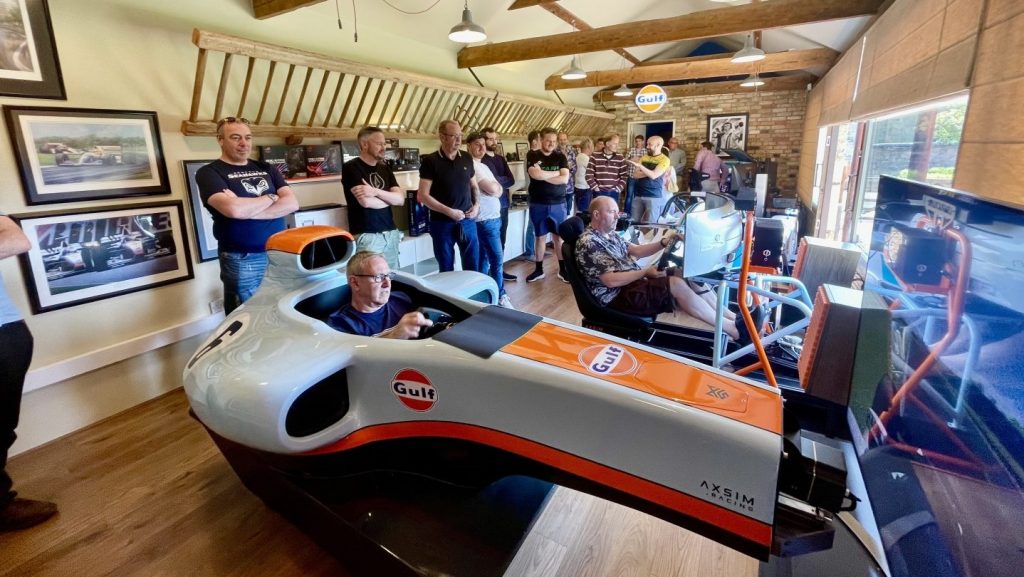 Sandro: Hi Darrell, let’s start with something basic. How did you find your way into simracing?

Darrell: Hi Sandro, always been into Sim Racing in some form, originally with Revs on the BBC, then Gran Turismo on the PS1, Forza etc. I discovered iRacing in 2012 and my rig has evolved over the last 10 years. One of the first cars I started racing after getting out of Rookies was the Radical, back then there only used to be very few officials per week.

Sandro: You have been part of the RRS from the beginning?

Darrell: Yes, I have been from the beginning when Chris Kane originally set it up. More recently though, only in the last couple of weeks, I have taken over as one of the Caretakers of the league along with Graham Brown. Chris has become too busy with work commitments. We also have other admins who help out and race also.

Sandro: How and when did it all begin?

Darrell: Chris started the League in early 2021, I think it was just a post in the forums that got the ball rolling, after Radical had run their mini league for the real SR3 drivers during lockdown. So we picked up some interest from the drivers that had participated in that.

Sandro: Is that Radical mini league the reason for the focus on the UK&I community, or is that a wrong impression?

Darell: No, that wasn’t the reason. The reason for UK&I stems from Chris taking inspiration from the UK&I Monday Night Skippys league I think.

Sandro: Have there been any major challenges on your way?

Darrell: Nothing major really, I think the main one was when we have a big influx of new drivers at the start of one of the seasons, this resulted in quite a bit of work for the stewards.
We have some folks who will assess any poor driving standards after races, and speak to drivers where necessary to encourage them to improve.

Sandro: How does stewarding work in the RRS?

Darrell: They are anonymous (well admins know who they are), and we submit any protests into them. We don’t have to use them much, so we don’t have a set of specific situations and rules, we make it up as we go along. Up to now we have never had to dish out any penalties as far as I know.

Sandro: Did you make any changes to your Championship- or Race-Format on the way?

Darrell: We’ve not made any major changes really, the format is simple. We pretty much follow the officials. We run 12 week seasons, with 3 drop weeks. Though we do run cooler weather and allow open setups.

Sandro: I guess you were also surprised by the SR10 coming to iRacing, was there a discussion in your community on which car to race in the future?

Darrell: Yes, we had much debate on it, but decided to go with the SR10 for this season as we try to follow officials. We did run a multi car race a couple of weeks ago just to get some data to help us make a decision for next season.

Sandro: What have been your lessons learned from the multiclass race?

Darrell: That the SR8 gets eaten up on the straights, but is quick through the corners and better on the brakes. We did have some mixed battles, but ultimately I personally don’t think it would work unless we worked out BoP for each track, and nobody has time to do that.

Sandro: What’s your take on the SR10 – and what does your community think of it?

Darrell: It’s received mixed reactions, some folks love it, some hate it, and some are transitioning from hate to love now after more time with it. I think like any other car it just takes some getting used to, it was never going to be the same as the SR8. I do think there is some work for iRacing to do on the tyre model with it though as it becomes quite a handful when the tyres get too hot.

Sandro: You are broadcasting your races. Did you do that from the beginning?

Darrell: The first season we didn’t have a broadcast, but I used to put together replays using iRacingReplayDirector (great piece of software btw) and upload them to YouTube. We then ran a fundraiser and managed to get enough funds together for a broadcast, and we have always had once since then.

Sandro: As you are focused on the UK&I Community, have there been come togethers in real life or are such events in planning?

Darrell: Yes, we had a big get together in the summer at the iLoungeRacing showroom, we spent the afternoon on the Sims there, had some BBQ and beers, and then Karting at Rye House. A few members race IRL too, so occasionally we meet up at events, in fact I just met Paul last weekend at the Silverstone Classic.

Sandro: What do you envision for the RRS in the future?

Darrell: I think ensuring we all just keep enjoying what we do on Thursday evenings, and practice throughout the week. Pushing each other to be better as drivers, and just having fun. We need to ensure we keep a healthy participation, so promoting the league when we need to build that up. It would be good if we could get some involvement form Radical themselves at some point.

Sandro: Wish you all the best for the future! Thanks for taking the time to talk to us.

RRS get together at iLoungeRacing: Link 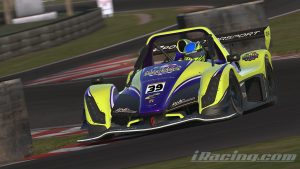 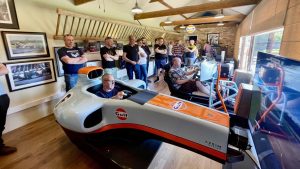 And stay posted when registrations open and there are major news for the Radical online community.